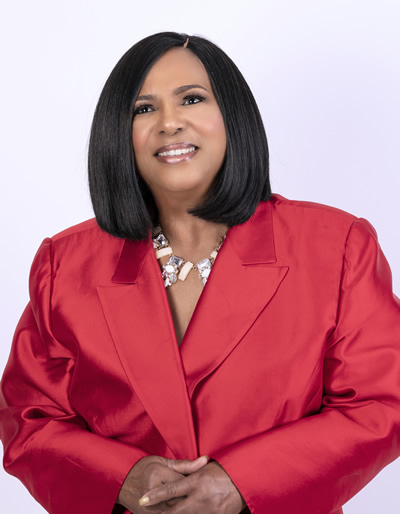 Evangelist Smith is an anointed, well received vessel from God that continually strives to meet the needs of God’s people through fasting, prayer and intercession. As a cherished and well respected veteran of the gospel music industry, she has a reputation for living the life that she sings about and is a true dedicated woman of God, refusing to compromise her choice of music and dedicated ethics.

She is an anointed songwriter, spiritual counselor, prayer intercessor and author. Her book, Programmed for Failure… but God recounts her transition from the past to the present. As an evangelist whose loving personality emits nothing but warmth and compassion, all of the well placed pieces add up to one that lives to present God’s Word and music to the masses as she touch audiences throughout the United States and many foreign countries.

Evangelist Esther Smith continues to be a valuable asset, counselor, and mother image to numerous Bishops, Pastors, high profile gospel artists, entertainers, colleagues and laymen alike. She is an ordained minister of the Gospel, and a loyal member of the Ecorse, Michigan based International Gospel Center Church since 1977, under the leadership of her powerful Pastor Marvin N. Miles.

She has recorded with, and had the privilege of being produced by, some of gospel’s most formidable producers, such as the late Dr. Mattie Moss Clark, Pastor Marvin Winans, Fred Hammonds, Michael Brooks, Tim Bowman, Damon Gough and William Duncan.

Esther has walked with God for the last 72 years. She has been married to her husband, Sonny for 50 years. They live in Canton, Michigan; they were blessed with four wonderful children; thirteen grandchildren; and three great-grandsons. Her ministry encompasses the full gospel of the Lord Jesus Christ, with the nine gifts of the spirit manifested.