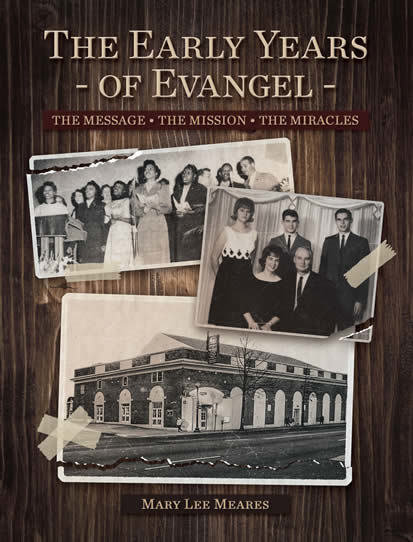 The Early Years of Evangel

The Message - The Mission - The Miracles

Mary Lee Meares, co-founder and elder, provides a fascinating look at the early years of a ministry that started in a tent and grew to become one of the largest congregations in the Washington Metropolitan region. The church was called the National Evangelistic Center and Evangel Temple before being named Evangel Cathedral (now pastored by her son, Bishop Don Meares).

Co-founder Bishop John L. Meares was a patriarch of the faith whose zeal for spiritual unity was an instrumental part of racial reconciliation in the Body of Christ, bringing blacks and whites together during a time of segregation. Popular ministers such as Oral Roberts, Jack Coe, Morris Cerullo, Nicky Cruz, John McTernan, T. L. Osborne and G. B. McDowell were guest speakers. During the early years of the ministry, Bishop Meares moved in the miraculous and thousands were healed, saved and set free as the church experienced continuous revival. The ministry received countless letters and testimonies about the move of God. So, Elder Mary wrote and published a monthly Fellowship News which kept thousands of subscribers informed.

Elder Mary has painstakingly compiled select articles from that newsletter to preserve the history of this great ministry. This work consists of those clippings as well as testimonies, newspaper articles, news from the worldwide mission field, first-hand accounts, teaching, and encouragement.