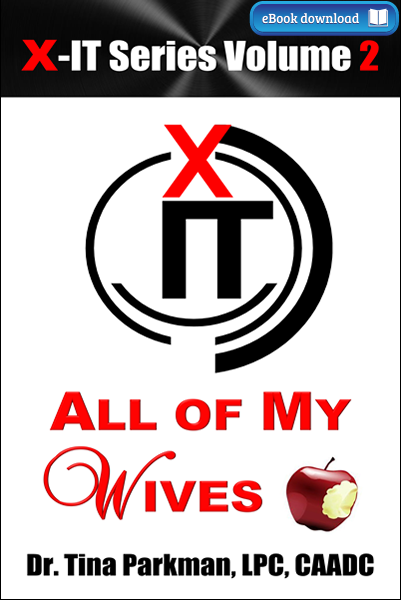 X-IT Series: All of My Wives (eBook)

This book is for “married” bachelors who struggle with polygamous friendships and emotional and serial affairs. Many men are married and still looking for their wife. Some are single and consummating illegal marriages. Others are still tied to the wife of their past. Some men are just, flat out, with the wrong woman; when the right one comes along they can’t recognize her.

Some individuals are married and are still looking for Mrs. or Mr. Right instead of trying to be the right mate. It was reported that among Christian unions over 70 percent of the men have had an affair; this figure is climbing. I know the Word says what God has joined together let no man put asunder. Some married people unfortunately have legal papers on each other, but they are not joined together.

Polygamy is the having of a plurality of wives or husbands at the same time: usually, the marriage of a man to more than one woman, or the practice of having several wives, at the same time. So, some are married through soul ties or desires for more than one mate. Proverbs 5:21 says, “For the ways of man are before the eyes of the Lord.” The Lord knows about your sex life. So, your secret is not a secret; and, your disgrace is not unusual.

Let’s take the steps to recover and redeem our sexual wholeness. “All of My Wives” will show you how.